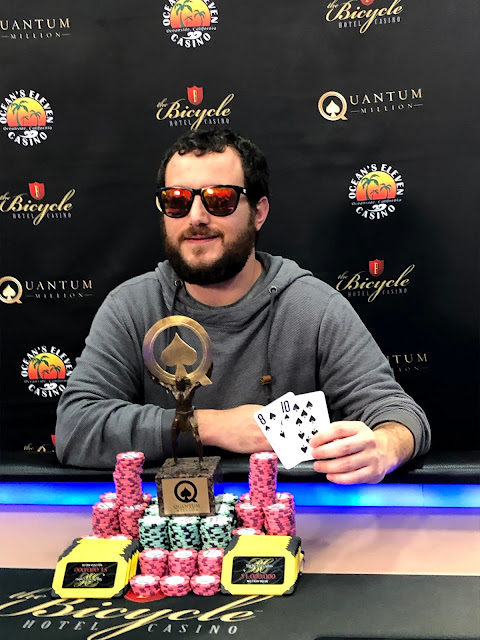 Two days ago, Eli Loewenthal became the latest player to win the Quantum Millions Event here at the Bike, finishing on top of a four way chop for over $156,000. This cash was the biggest of Loewenthal’s career, and he was on top of the world shortly after his win.

“I feel pretty, pretty good,” as he let out a laugh. “It’s always nice to get your biggest cash ever, but you know you just keep coming out here and trying to make the best decisions hopefully it just works out. I play a lot of tournaments so it’s rewarding for sure.”

Loewenthal brought in directly on Day 2, and while he made it to day 3, he was one of the short stacks with just over a million. However, he got an early double up, and never looked back from there. Loewenthal was honest with us and said that he’s not a big fan of the Quantum structure, but he might be after this big win.

“I’m not a fan in general, but this might sway my opinion a little bit. We will see. It’s not my favorite, but this time it worked out.”

When asked what he would do with the money Loewenthal showed a bit of his sense of humor, before confirming that he was ready to grind some more this series.

“I gotta pay child support so that will probably be where the $150,000 will go to,” he said smiling. “But seriously I plan to play the rest of the big events this series for sure.” 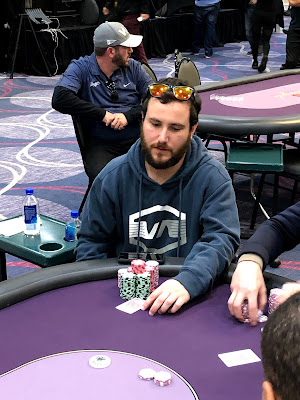 Congratulations to Loewenthall on his huge win, and to Jose Ignacio Albert Bosca, Aamir Abedeen and Behzad Javadzadeh, who were the other three players in the chop.