Landon Tice Putting ‘Very Large Amount’ of Net Worth On Line vs. Perkins

Landon Tice admitted he’ll be selling action for his upcoming heads-up no-limit hold’em match against hedge fund manager Bill Perkins. But he also told his Twitter followers that he’ll still have plenty of skin in the game. 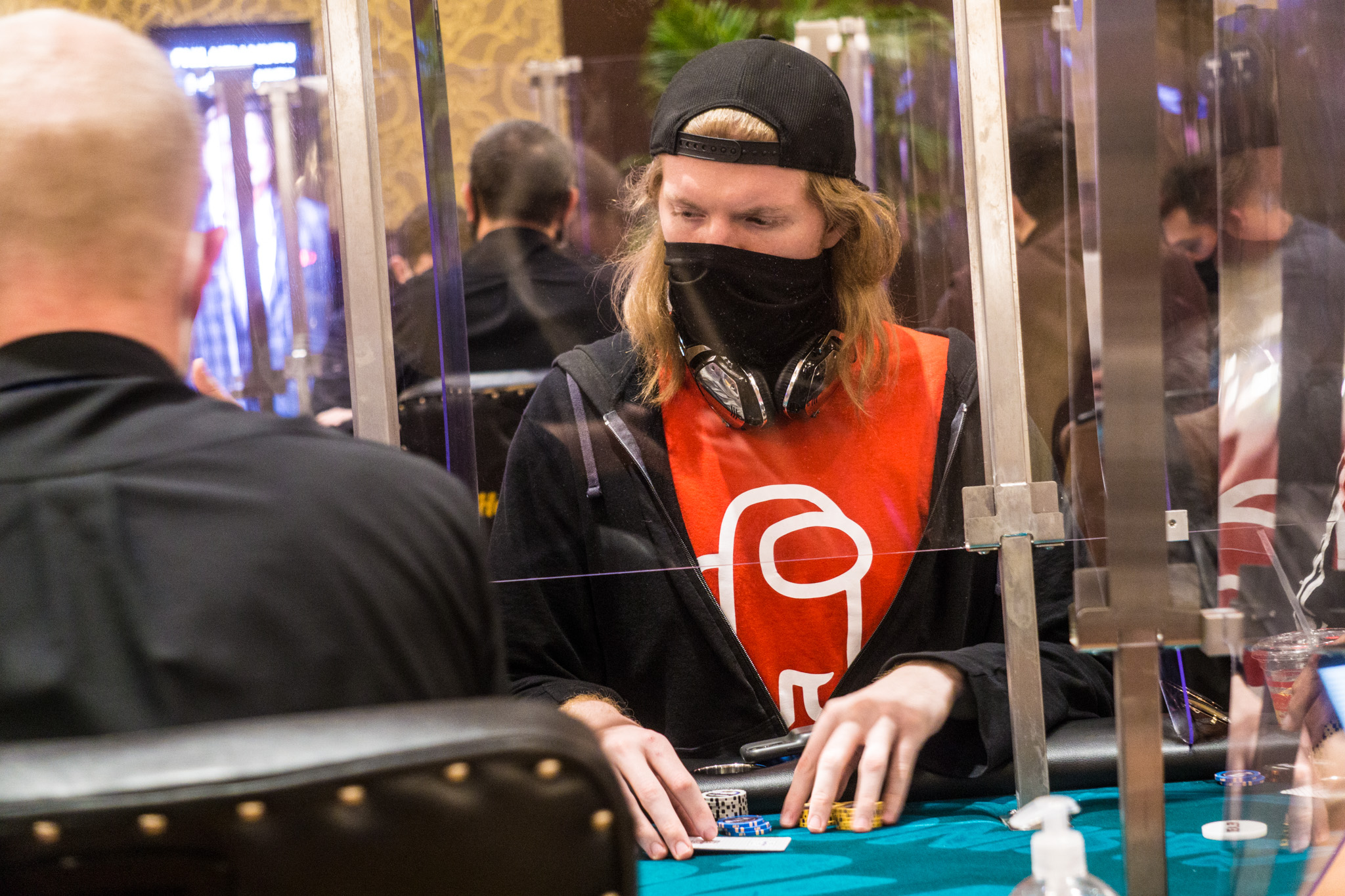 Landon Tice is taking a big risk against Bill Perkins. But he certainly doesn’t lack the confidence to win. (Image: seminolehardrockpokeropen.com)

The proposed match, which both parties have tentatively agreed to, calls for 20,000 hands at $200/$400 stakes. Those are the same stakes played in the recently completed Daniel Negreanu vs. Doug Polk match. In that competition, which spanned 25,000 hands, Polk won $1.2 million.

During that challenge, Negreanu lost an average of $48 per hand dealt. In the proposed Perkins vs. Tice match, if the losing player loses at the same rate, that individual would end up down $960,000. With that said, these are two different players and we won’t know the win/loss rates in the match until they actually play. But Tice, who is just 21 years old, doesn’t have the bankroll to risk losing that much of his money.

Granted, he expects to win and is confident in his game, but a horrible run of luck would be a killer to a young poker player who is concerned with his bankroll. On top of that, he agreed to pay Perkins back nine big blinds per 100 hands dealt. So, if the match goes the full 20,000 hands, he’d owe his opponent a $720,000 rebate even if he loses the challenge.

Why Landon Tice is Taking Such a Risk

Tice agreed to the deal simply because he’s confident he’ll crush the amateur poker player. But there’s still some risk involved and he may either be overrating his own skills or underrating the poker abilities of Perkins. Either way, he can’t afford to play at such high stakes on his own dime.

I’m selling a lot of action for it. A lot.

I’m not rolled to battle at nosebleeds.

However, I am putting a very large amount of my relative net worth on myself winning it.

“Let me make something clear that I’m sure everyone cares about regarding my challenge with @bp22. I’m selling a lot of action for it. A lot. I’m not rolled to battle at nosebleeds. However, I am putting a very large amount of my relative net worth on myself winning it,” Landon Tice wrote on Twitter.

The young poker prodigy who began playing professionally two years ago, won the $1,100 MSPT Main Event at Venetian in Las Vegas back in November for $201,529. He beat out 1,123 players in the biggest live poker event in Las Vegas at the time since March.

Overall, he has over $227,000 in live tournament cashes to go along with some online success. So, he’s certainly accomplished a great amount for someone his age. But he’s about to take on the biggest risk of his young poker career. Giving up nine big blinds per 100 hands is sort of like spotting an opponent on the basketball court 10 points in a game played to 12.

In comparison, Polk won about 12 big blinds per 100 hands against Negreanu. If Tice wins at that rate, minus the $720,000 rebate he’ll owe, he’ll only turn a $240,000 profit, which won’t be much in his pocket after paying backers. Granted, Bill Perkins is a supposed weaker opponent than Daniel Negreanu. But Landon Tice shouldn’t be expected to play at as high of a level as Doug Polk, one of the best heads-up no-limit hold’em players ever.

1. Landon Tice Putting ‘Very Large Amount’ of Net Worth On the Line vs. Bill Perkins

4. GGPoker Gets Licensed in Pennsylvania, Won’t Reveal Its Hand Just Yet