Congratulations to Alexey Laptev, Winner of the Monster Stack Event! 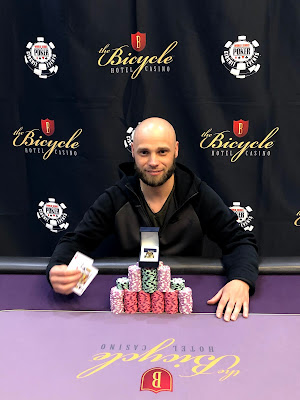 After a raise to 500,000 from Alexey Laptev, Massoud Eskandari moved all in. Laptev quickly called with [Ah][Kc], and he was dominating the [Ac][Js] of Eskandari.

Laptev will take home over $68,000, while Eskandari will have to settle for his second runner up finish of the series. Congratulations to both players on their impressive runs, and thanks to everyone who came out for this massive ring event!