PokerStars is one of the world’s biggest online poker sites, and it has enjoyed the benefits of having numerous top-tier players operating as brand ambassadors for it throughout the years. While PokerStars doesn’t have much of a presence within the United States today, only being available within the states of New Jersey and Pennsylvania, it has had many North American poker players as ambassadors. One of the most popular and prominent of these was Chris Moneymaker who is best-known for winning the Main Event of the 2003 World Series of Poker (WSOP).

That win is said to have started a poker revolution as Moneymaker became the first player to become a world champion by qualifying via an online poker room. The ensuing boom in the internet poker industry became known as the “Moneymaker Effect.” Since his epic victory in 2003, Chris has been a part of the PokerStars Team Pros. However, despite having been with the brand for the past 17 years, Moneymaker and PokerStars parted ways with the news being announced on Thursday, Dec. 31. So, what now for the 2019 Poker Hall of Fame inductee? 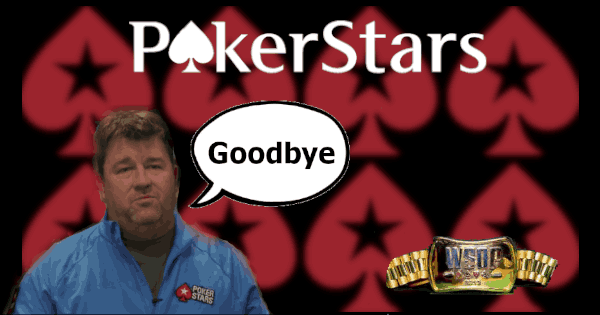 Moneymaker’s situation isn’t an uncommon occurrence of late with various top-name players departing the poker room. Daniel Negreanu was one of the huge surprises in May 2019, leaving PokerStars after 12 years as an ambassador. Later on in the same year, he went on to become an ambassador for GGPoker instead – something which he couldn’t contain his own excitement over when he announced it on Twitter.

As is the case with Negreanu, Moneymaker left PokerStars on good terms, thanking the platform for the past 17 years of partnership. In a video posted to his Twitter feed, he proceeded to say it is a “great company” and that it had provided him with a “phenomenal experience.” Within the same video, Moneymaker stated that he had found 2020 to be a strange year but that he had enjoyed doing less traveling. Therefore, he continued, he intends to spend more time with his family now and “play a bit less poker potentially.” 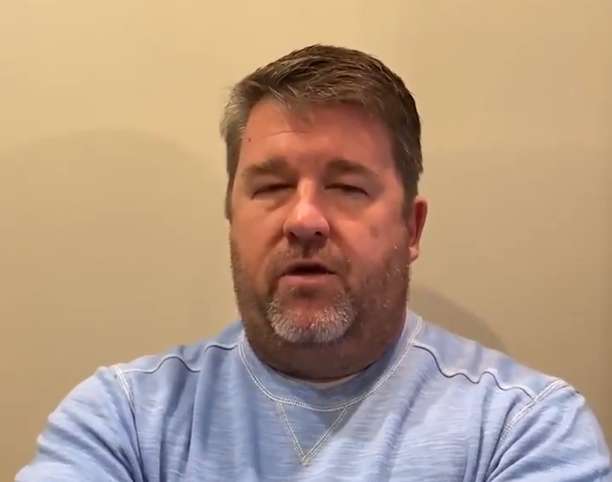 The Twitter video runs over one minute and finishes with the poker pro stating that he’s going to go and try to “explore some different endeavors.” Could that mean we may see him pop up in other areas connected to poker gaming? Who knows? Little has been mentioned about where he will now find himself.

Moneymaker’s Exit Just One Among Many

Moneymaker wasn’t the only ambassador to leave the PokerStars Pros Team though. In total, six players announced their decisions to exit the brand, including the French live player Kalidou Sow and Russian online gamer Mikhail “innerpsy” Shalamov.

However, Moneymaker was the biggest name to depart though PokerStars has seen a batch of exits take place every January for the past four years. Just a year ago Jason Somerville announced his departure from ‘Stars along with a couple of others. Hints were dropped a year ago by PokerStars regarding Moneymaker’s contract too, suggesting that it would not be renewed, along with several others, into 2021.

PokerStars also showed its support for Moneymaker with a five-minute video release on its own Twitter feed. The post thanked the poker pro for everything he has done for Pokerstars and for the game of poker and the industry itself. Within the video tribute, PokerStars included comments from a number of his former colleagues and notable players inside the industry.

Prior to the 2003 WSOP event, nobody had any idea of who Moneymaker was. In the Main Event that year, the Tennessee native prevailed while wearing a tan PokerStars hat and claiming a $2.5 million win by the end of it. As noted, this win made him the first WSOP winner in history to have qualified online and proceeded on to win a Main Event bracelet.

Moneymaker had paid an $86 entry via a PokerStars satellite, and by winning that, he earned his $10,000 seat at the prestigious live event. And what made it all the more impressive is the fact that this was the first live poker tournament that Chris had participated in.

Thanks to that victory, many ordinary people garnered an interest in poker, having seen it all unfold when ESPN broadcast the Main Event. Why? Because Moneymaker wasn’t some professional cardshark at the time. Instead, he was your average guy next door – an accountant from Tennessee – and this made it possible for many regular people to believe that they could also not only enjoy playing poker but potentially win as well.

The appeal of being able to secure a victory via a satellite was another reason why people were drawn to the game after Moneymaker’s effort. After all, if he could qualify via an $86 entry, why couldn’t they do the same thing?

Following this, a huge boom in internet poker was experienced, which solidified Moneymaker in the annals of online poker history. Traffic at poker rooms went from around 4,200 simultaneous players at its peak in April 2003 prior to the WSOP event to a massive 20,000 peak by just a single year later. And the following year, the volume of traffic doubled once more, providing quite the basis for a thriving industry.

It was after his epic victory in the Main Event that Moneymaker signed on as an ambassador for PokerStars. Granted, this brought a lot of traffic to the site, which PokerStars can only be thankful to him for in the end.

Rumors Circulate About What’s Next for Moneymaker

So, where does Moneymaker go from here? While he didn’t drop many clues about his intentions on his Twitter video, rumors have already begun to circulate about where we’ll see him pop up in future. Of course, he now has the space and time to pursue other opportunities. Speaking in an interview, Moneymaker said that the only thing he was able to confirm is that he has “had a great opportunity come along,” and this was confirmed to be something within the poker industry.

Take from that what you will, but the poker world isn’t finished with Chris Moneymaker just yet it seems. One thing that he was clear to verify though, is that his decision to leave PokerStars wasn’t due to the site’s new strategy of making athletes and Twitch/YouTube streamers sponsored pros.

It was only recently that PokerStars announced its signing of soccer star Neymar Jr. and YouTube streamer Brian Davis, who also goes by the name of True Geordie. These signings do contrast against the decisions being made by other poker rooms with PartyPoker and GGPoker having both signed ex-PokerStars professionals.

Does this mean that Moneymaker will be appearing as an ambassador for another brand in the near future? Well, that’s not something that can be confirmed as yet. He did say that he may spend less time playing the game, and he instead intends to be around his family a lot more.

Of course, Moneymaker remains as one of the industry’s most respected and enduring figures. Therefore, the likelihood is that we’ll observe him returning to form in one way or another. It’s simply a matter of waiting to see what 2021 brings for him and for the poker scene.

Playing Online Poker in the USA

PokerStars remains active in New Jersey and Pennsylvania, but in other states, players cannot access this platform for real money games. That doesn’t mean that online poker isn’t available at all. Quite the opposite. And if you want to get involved with online poker as a US resident, we’ve got a guide to picking the best online poker room for you.