This year has taken us from bad to worse as it has progressed with multiple issues related to the coronavirus pandemic. Due to the fact that many land-based poker rooms and other gambling establishments have had to shut their doors periodically, people have been turning their attention to online poker sites instead. This has seen the traffic and gaming opportunities available at such sites become more robust.

This extends to the Americas Cardroom platform, which operates as part of the Winning Poker Network (WPN). Of course, during the holiday season, the online poker world tends to dip in traffic levels for obvious reasons. It’s also due to this that you may not have heard of the latest news concerning the Americas Cardroom platform. Prominent online poker grinder Randy “Nanonoko” Lew has been hired by ACR as a Security Consultant and Gameplay Expert. 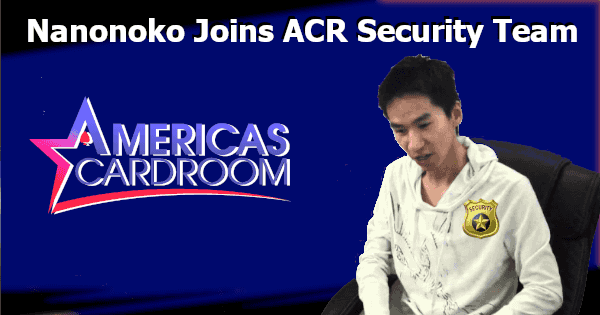 How Will Lew Assist at Americas Cardroom?

Despite the fact that the poker room already has a slew of security consultants, the hiring of Nanonoko is something considerably different. You see, if you’re a consistent poker player and you’re in-the-know on your professionals, Lew is one of the world’s best-known. Furthermore, he has been a frequent Twitch streamer as well, allowing people around the globe to watch his gameplay.

Lew to Suss Out Cheaters

As part of his duties at Americas Cardroom, Lew will work alongside the current security team, focusing on any suspected fraudulent activity. Collusion and bot activity will also be a part of what he is involved in with the careful review of hand histories also being something that the site will turn to him for when necessary.

When it comes to bots, the WPN has definitely been one of the sites targeted by them in the past. Players accessing the network have experienced periodic surges in the number of bots present at the tables. It’s likely that Lew will be putting his best efforts forward to try and successfully combat the use of these bots.

At the same time, any players suspected of fraud or collusion will have Lew’s watchful, expert eye cast over them. He will then provide Americas Cardroom with his insightful opinion before potential action can be taken.

Even though Lew is a professional poker player himself, he will not be partaking in gameplay at the Americas Cardroom tables. Despite the fact that he is actually an American, he resides in Australia. This is not a location that the poker room provides its services to, meaning that Lew isn’t able to access the games. That being said, he will still be able to represent Americas Cardroom in the world of poker in other ways.

Once live poker events are able to occur on a full-scale again, Lew will be present at them to be able to meet and greet the attending players. Such events include the Live Cage tournaments, which occur in San Jose, Costa Rica at the Taormina Hotel.

Participants in this event compete with rising blind levels, but after a certain amount of time, the tourney ends with everyone remaining having their chip stack converted into real money. We reported on the Live Cage in December 2018, so be sure to check out our article if this format sounds like something you might enjoy.

The Live Cage is expected to return at some point in 2021 after being suspended during the COVID-19 scare.

A Little More About Nanonoko and His Poker Career

Randy Lew was born in July of 1985 in Sacramento, California, and during his college days, he was a successful competitive fighting game player. He would finish 5th in the Marvel vs. Capcom 2 event at the Evolution Championship Series (EVO) in 2003 and 2004, operating under the nickname “Nanoboi” at the first of those and using his real name at the second.

It was also during his college days that Lew transitioned over to the poker world. Although he started out quite unsuccessfully and had to make multiple deposits, he managed to eventually figure out his own sort of playing strategy. He built up the number of tables that he was playing at as he went. Lew ended up playing up to 24 tables at the same time on PokerStars, which earned him SuperNova Elite status on four separate occasions. 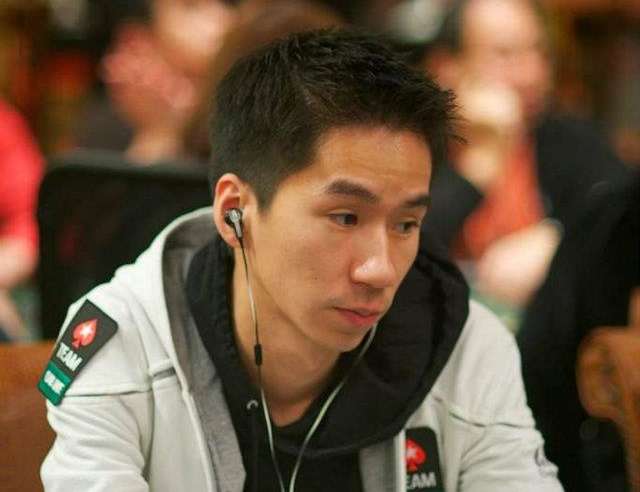 Lew rarely plays above $5/$10, choosing to add more tables instead of moving up stakes. In doing so, he has managed to amass over $2.6 million from playing the low to mid-stakes games. Further to this, Nanonoko also set a Guinness World Record in 2012 for the “Most Hands of Online Poker Played in 8 Hours.” To achieve this, he worked his way through 14,548 hands, although ended on a profit of just $20.72.

As of 2020, Lew’s total live tournament earnings have exceeded the $1.6 million mark, which includes a first-place finish in the 2011 Asian Pacific Poker Tour Macau Main Event, netting him $484,617. He also remains as one of Twitch’s most popular streamers, ensuring that he is able to bring his experience of various arenas to his new role with Americas Cardroom.

Playing Poker in Australia and the USA

Randy Lew may reside in Australia now, which stops him from being able to play at the Americas Cardroom tables, but this doesn’t mean Australians are out of luck when it comes to online poker. In fact, there are various Australia-friendly online poker rooms, so if you’re a resident of the Land Down Under, you can view an Aussie internet poker guide to identify the best ones.

On the other hand, if you reside in the USA, then Americas Cardroom is fully accessible to you (unless you live in one of a handful of restricted states). We actually provide an exclusive $10 no deposit reward through the ACR bonus code PRB10FREE so that our visitors can try out the Americas Cardroom platform for free. To learn more about this free bankroll offer, the 100% deposit bonus, and other information about ACR, read this comprehensive Americas Cardroom review.

If you’d like to find another internet poker room to sign up for, then we’ve got a guide for US poker players, which explains all about the most reliable offshore poker sites that continue to serve Americans.